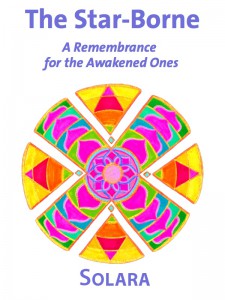 By now you know who you are.

You are everywhere, thoroughly mixed into humanity,

You are found in all walks of life, in myriad occupations and lifestyles, belonging to cultures as diverse as this planet has to offer. Yet, you have not felt that you belonged here at all. Many of you have felt abandoned, as if you had been put up for adoption by your real parents and left with a strange alien family. When you were young, perhaps you looked closely into the eyes of your mother, father and siblings and wondered who they were and why you were living with them. Gazing up at the stars at night, you cried into the sky for your true people to rescue you from this unfamiliar reality. Yes, you are one of the Star-Borne.

When you were a child, you had many unusual dreams and experiences. You tried to share them with your family, but they were often put down as the workings of an over-active imagination. Some of you remember hovering above your bed at night, gazing upon your sleeping body with curious detachment. Or perhaps you experienced the sensation of becoming so vast that it stretched your mind past its limits of understanding. Just when you started to adjust your parameters to being so huge…. in a flash you became small, so terribly tiny that it was inconceivable to imagine.

Possibly you felt motion speed up until everything became a blur, making you feel dizzy and sick. Then without warning, time slowed down to the slowest crawl, driving you crazy with impatience. These experiences of childhood, some of which remain with you today, were journeys through the various black holes and dimensional doorways which you were more open to experience when you were young and unschooled in the ways of this contemporary world where such things are thought not to exist.

You might have seen fairies in the wild places of nature who shared with you their secrets with a welcome joy. For they are ever pleased when humans can acknowledge their presence and play with them. Indeed, that is how it was ever meant to be. Perhaps Angels came to you at night in the privacy of your room where the world could not intrude. They sang to you the Song of Stars, ever watching over you; sometimes healing you from illness or despair. Or late at night warmly snuggled in your bed, you were visited by brightly colored spheres of light that were strangely reassuring. Yes, you are one of the Star-Borne.

Or maybe you felt as if you were lost, that perhaps you had taken a wrong turn somewhere on your journey, ending up by accident on planet Earth. But alas, you cannot remember the way to return Home. You look up into the sky at night, hoping that the flickering of your dim memories of so long ago will catch a spark and reignite. Walking about this planet in a state of dazed resignation, you know that as long as you find yourselves here, there must be some reason behind it. That perhaps, there is some form of service you can render in order to earn your passage home. Yes, you are one of the Star-Borne.

But then again, you might be on Earth because you are being punished for some serious transgression that you did “somewhere else.” Possibly, you may remember misusing your power in another dimension. And now you are placed on this planet in order to atone for past misdeeds. And of course, you have made sure to keep yourself as diminished as possible so that you will never need to face the challenge of being an instrument of power again! You are the ones who are the “walking wounded”…. full of swords, daggers & hatchets that you, yourselves, have placed within your own beings. The constant hurt keeps you small and safe from the danger of becoming too strong. Walking upon this planet with a self-effacing shuffle, as if stooped under the immense burden of guilt that you carry. Knowing that you are “unworthy” of being Home, accepting the pain of banishment and disgrace without question. Yes, you are one of the Star-Borne.

Each of us who is Star-Borne has carried these feelings within us, embedded deep within our cellular memory banks. We have wondered why we are here, why we are so different from the others; why we don’t seem to fit in with the life patterns deemed normal. It is as if we hear a different anthem than most. One that touches us deeply; yet, few others seem to hear. And it is the fragments of this precious song which enable us to continue on, as if seeking to put together pieces of an obscure puzzle, sacred to us, yet ignored by most.

We gather our reawakened memories

as if pearls strung together on a cord,

endeavoring to create our necklace of remembrance.

Thus it has been for us as we have lived out our countless incarnations on planet Earth. Sometimes we have so disguised ourselves as to almost pass for normal, experiencing brief moments of fitting in. Though in the end, we didn’t feel good inside while acting out our deceptions. Often this actually made us sick, sometimes so ill that we even died. Always returning to another embodiment, a chance to try again.

Then there were our inner rules and codes of conduct. These often conflicted with those which prevailed on Earth at the time. We seemed to be born with different rules, values and laws to abide by. Actions which were perfectly acceptable for everyone else were harmful to us while we were able to do things that were not permitted to most of humanity. This not only proved quite confusing, but frequently got us into a lot of trouble. A state of affairs which continues into the present day.

Sometimes we were blessed by meeting another who seemed to understand….  maybe they also heard the sacred song. What a gift when we could share our true feelings, communicating to each other our most precious and private yearnings. For those brief moments we didn’t feel so lost and alone. Often, we would receive a penetrating look from the eyes of a stranger passing by that would lift our spirits and give us hope that somewhere, there were others who understood.

But most of the time

we were painfully alone and unacknowledged.

And still we searched.

Still we cried out to the stars

to come and carry us home!

Even physically we were different. Often our temperatures went down instead of up when we were sick; we frequently had low blood pressure and clogged sinuses. Our spines were sometimes strange. We could bend our bodies in unusual ways, what they call “double jointed”. But it was in our eyes where we stood out. We had a look about us or a way of “looking” that was definitely different from most. We could SEE. This means that we could see beyond what is normally perceived with the physical eyes. We could look within another person and read their soul, their thoughts and innermost feelings. This made many people uncomfortable around us. In fact, often we were disliked wasn’t as if we were trying to see more; we just could, without any effort at all. It is simply part of being a Star-Borne.

Thus we lived our lives…. alone, separate, lonely and misunderstood. Ever seeking for fuller understanding of our plight. Always searching for the key which would return us home. Finding solace whenever we could…. in a flash of friendship, the sweet, fleeting passion of love or through communion with nature.

The beauty of nature gently nourished us,

grounding us with her enduring patterns of change:

the cycle of birth, death and renewal.

Here, alone with nature, we almost felt at home on this planet. Its simplicity embraced us, like a mother her child. And we felt succored and protected from our immense vulnerability. We could relax for a moment and breathe openly and deeply, gathering strength for our return to the world.

The world assaulted us from the beginning, no matter what time period or geographical location where we found ourselves incarnated, although some cultures were more enlightened than others and some embodiments easier. We tried shielding ourselves with all forms of armor to mask our deep sensitivity. Of course, this never gave us any real protection. Finally, the combined weight of our multiple layers of armor proved to be an unbearable burden. We could barely move, yet still felt too exposed.

Throughout time, we have been thrust into all the diversity of expression inherent on Earth. We experienced being rich and poor, wise and ignorant, powerful and downtrodden. Ultimately, it all became a blur. We had seen and experienced everything! It seemed as if there was nothing more to do.

We began to experience a profound sense of weariness from our extended cycle of lifetimes on this planet. Often to see another beautiful sunset or to hear yet another rooster crowing to announce the dawn would move us to silent tears of deep fatigue. How many more times would these things repeat themselves?

We had done everything, been everyone, too many times.

Joy and sadness blurred together in an endless repetition.

Yet, there was still something which had not been experienced by us. This was the one thing for which we ever searched and yearned. It was the act of remembrance that we knew was absolutely necessary in order to find the key which would enable us to return to Oneness. That which was most precious, had ever eluded us, in spite of all our earthly adventures….

The Star-Borne: A Remembrance for the Awakened Ones 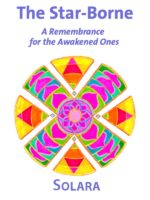 eBook - The Star-Borne: A Remembrance for the Awakened Ones

This Kindle eBook version of "The Star-Borne" can be read on computers, tablets and smartphones. The link below leads you to the Amazon website for purchasing. A vast handbook of Remembrance. Who are we and why did we come to Earth? This remarkable and much beloved book has transformed lives and triggered the keys to More Info »

Buy Now »
eBook - The Star-Borne: A Remembrance for the Awakened Ones was last modified: 2020-11-20T11:10 by emadmin
Cover Die Sterngeborenen 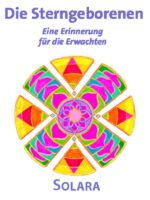 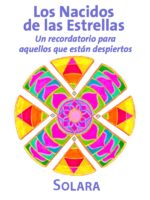 eBook - The Star-Borne: A Remembrance for the Awakened Ones

The Star-Borne: A Remembrance for the Awakened Ones

A vast handbook of Remembrance. Who are we and why did we come to Earth? This remarkable and much beloved book has transformed lives and triggered the keys to full awakening. This is the long awaited, brand new, totally rewritten Tenth Edition! Containing new information not found anywhere else. There are comprehensive new chapters on More Info »

The Star-Borne: A Remembrance for the Awakened Ones was last modified: 2020-11-20T11:11 by emadmin
Cover Die Sterngeborenen

Your shopping cart is empty.